As broadcast technology continues to move from custom hardware to standardized software, the ability to utilize more standard IT platforms (COTS) has increased in parallel. The next step of this evolution is to virtualized infrastructure that allows greater agility and elasticity, but there remain a number of significant barriers, despite the core technology being available today.

This collection of enabling technologies have enabled us to dream the dream, and each plays a key role in the solutions that SDVI deliver.

Virtualization is now dominant within the majority of large IT departments across the world, not to mention within cloud service providers. Why have dedicated hardware for specific resources when it’s not used? Why not share the hardware infrastructure you have available in order to facilitate peak demand from your users, repurposing infrastructure the same way you repurpose content? With custom hardware prevalent throughout broadcast facilities, virtualization simply wasn’t an option, but as media processing capability has migrated to software, virtualization is poised to explode within media processing facilities.

It’s also worth noting that if you can run in a virtualized environment, you can run in a cloud environment – swinging the door even wider for truly innovative hybrid solutions deployed across on-premise and cloud. The challenge then becomes managing, provisioning and controlling the available resources

For some time, it’s been possible to manage and deploy processing and storage resources on demand, but that was not the case for the network that supported them. Software defined network fix this, as a way to separate the control plane of the network from the underlying data that the network carries. As such, the controller can run on commodity hardware, adding intelligence to the network infrastructure, which can now be run on basic networking hardware rather than top-of-the-line custom equipment.

What this facilitates in a media context is the ability to define deterministic point-to-point paths with guaranteed quality of service (QoS) as and when you need them. For example, it could be possible to say you’d like enough dedicated bandwidth between your production facility and your distribution facility for n paths of content between 2pm and 4pm.

While not deliverable today, much standardization work is happening in this area, and this is the technology that will pave the way for IP infrastructure to replace SDI infrastructure – it just needs the control systems to enable it. Just imagine being able to provision your network based on demand, rather than over-provisioning as todays solutions require. The difference in the commodities of scale between generic switching and routing providers compared with specialized SDI routing products for a single market will also facilitate significant cost savings.

The notion of the FIMS initiative (driven by AMWA) is to normalize the way in which you can interface with various media processing engines, by defining and publishing standardized APIs for each class of device. Such services include Transform, Transfer, QC and Repository. If vendors of each service class support the framework and become ‘FIMS compliant’ then any control system can communicate and control them in a standardized way. For the purposes of augmenting multiple media processing engines, this initiative holds much promise, but will require end users to demand it, and vendors to support it.

Cloud/ Software as a Service (SaaS)

Less of a technology change and more of a business model evolution, SaaS solutions are already broadly deployed within media facilities (Dropbox, Salesforce), but not in the core area of creating, managing and distributing content.

Most of the industry has been running on proprietary hardware (purchased as a capital expense) for decades, so the notion of moving to pay-as-you-go services on demand, is completely alien and initially difficult to achieve. And yet in pockets, we’ve all been doing it for years – airtime sales and traffic systems – typically rented over multi-year periods.

Providing the same flexibility to core infrastructure will be transformational and enable truly paying just for what’s needed, and scale elastically as demand requires. Such flexibility requires moving to an opex model, but once that’s been navigated, the benefits are very clear.

Each of these advances are significant in their own right, but the combination presents a perfect storm for an upcoming revolution in our industry. 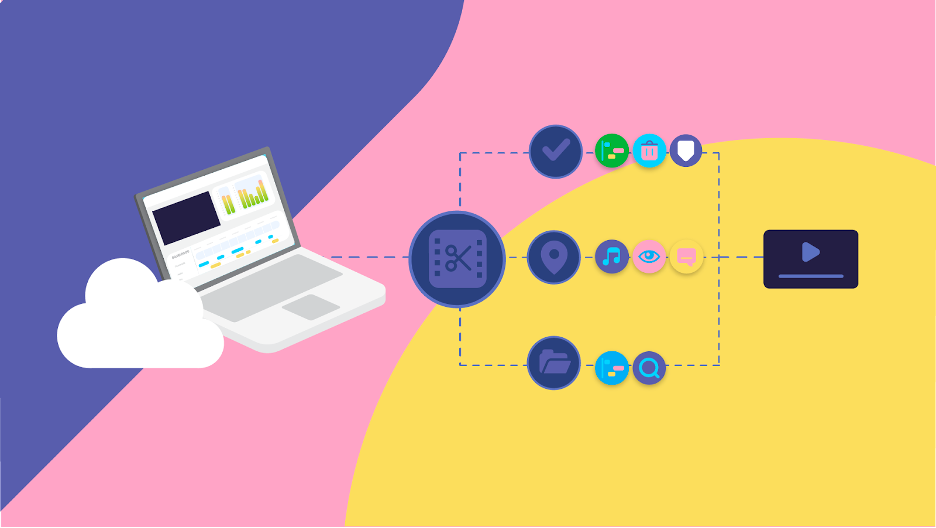 How to Streamline Editing Workflows

Modernize and monetize your archive